Call 1-800-338-5192 or email sales@toagosei.net to discuss all of your instant adhesive requirements.

The History of Cyanoacrylate Adhesives

Some of the innovations that emerged out of World War II are well-documented, ranging from the microwave to the photo copier. But there's one small tool whose WW2 heritage is lesser-known.  Today we know this powerful product as Super Glue.

Super Glue was first developed by scientists at Eastman Kodak who were trying to design products for the military after they found that some of their failed attempts had other useful properties.

The original cyanoacrylates (the chemical name for the glue) were discovered in 1942 in a search for materials to make clear plastic gun sights for the war, and scientists stumbled upon a formulation that stuck to everything that it came in contact with. However, cyanoacrylates were quickly rejected by American researchers precisely because they stuck to everything.  In 1951, cyanoacrylates were rediscovered by Eastman Kodak researchers Harry Coover and Fred Joyner, who recognized its true commercial potential, and it was first sold as a commercial product in 1958.

Super Glue is an incredibly useful invention, allowing us to repair all manner of objects. However, the interesting piece of history is that it nearly wasn’t invented at all.  As we mentioned, Super Glue was initially discovered by accident by Dr Harry Coover when he stumbled across cyanoacrylates in his attempt to make gun sights for the war. However, due to their tendency to stick to absolutely anything, they were discarded as useless.

However, the story does not end there. Coover was also involved in the rediscovery of cyanoacrylates several years later. This time, it was during research in the early 1950s into flame-resistant polymers for use in jet canopies. A research student working under Coover synthesized ethyl cyanoacrylate and in trying to measure the compound’s refractive index, accidentally stuck two glass prisms together. This time around, Coover realized the potential of cyanoacrylates and they were eventually developed into a super-adhesive glue that was made available commercially in 1958.

So what is the secret to cyanoacrylates powerful stickiness? Simply put, these compounds can react with small amounts of water – even the amount of water present as water vapor in the air is enough to initiate a reaction. The reaction between a cyanoacrylate and water produces an intermediate ion which can go on to react with more cyanoacrylate molecules, eventually created a long chain of them all connected together. This is different from many other glues.

The polymer Super Glue forms is very strong bond, making the glue very difficult to tear apart once it has set.  In addition, mechanical binding also plays a part as the glue can seep into small cracks and pores on the surfaces being stuck together and when it solidifies this too becomes very difficult to pull apart.

Cyanoacrylates actually have more uses than just in Super Glue. Some of them can also be used to help stick wounds together, particularly in combat situations where temporary fixes for lacerations until stitches can be put in are often necessary. Cyanoacrylates can also be used in dentistry, automotive, building and construction, electronics, general industrial assembly, embalming, crime scene investigation, 3D Printing Infiltrating, coral fragments and even in the cosmetic’s industry.

We hope this post provided you with an interesting bit of history on the development of one of the most useful products that touches our everyday lives.  For more information, contact us today at 800-338-5192 or click here to find out how to choose the right instant adhesive. 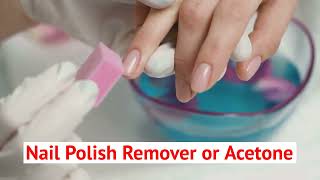